Cole Sommi joined the program team during his first summer at Black Rock in 2019. Cole came from working and studying at Honey Rock to get his Master’s degree in Christian Formation and Ministry. Prior to Working at Honey Rock, Cole was a part of the WinShape Scholarship Program at Berry College and worked six summers on staff at Camp Spofford. Cole loves the outdoors and has always had a special place in his heart for camp ministry and the effect it can have on kids lives. He is looking forward to his time at Black Rock and how God is going to work in the years to come. 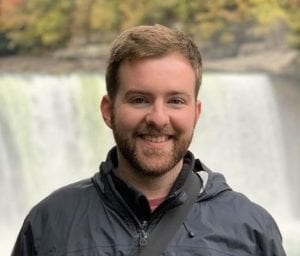 Joseph Winchester joined the staff at Black Rock in January 2020. He is originally from Murray, Kentucky where he studied and graduated from Murray State University. While in college, he worked at Crossings Camps in Kentucky for 5 summers and was also heavily involved with the Baptist Campus Ministry at Murray State. During these years, he developed a passion for both Camp and Collegiate Ministry and saw how much the Lord used both forms of ministry to change lives and advance the gospel. Ultimately, he wants to help equip college aged staff to minister to and share the gospel with the campers that come on to property, as well as be involved in a local church to see the gospel spread  throughout the region. He is excited to be a part of what the Lord is doing through Black Rock. 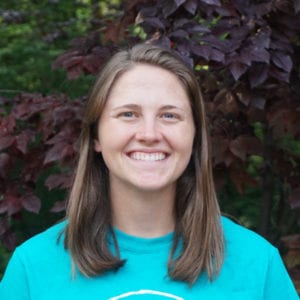 After coming to Black Rock as a young camper, Robin Feaster has spent three years working on summer staff and continued working at here after graduating from Lebanon Valley College. She loves the atmosphere that Black Rock provides for kids to spend time in the beauty of nature while being shown Christ’s love through staff who are eager to invest in their lives. Whether getting campers excited for a creek hike, teaching them how to clean the cabin, or talking to them about the struggles they face, Robin appreciates the diverse opportunities camp ministry provides to engage with campers. She looks forward to seeing how God will continue to grow those opportunities at Black Rock in the future. 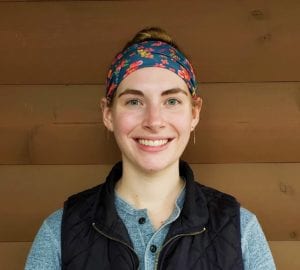 Tracy Kile started working at Black Rock Retreat in the summer of 2015 after attending as a camper for many years. After graduating from Roanoke College, she lived abroad for a year teaching at a small, private Christian school with students of all ages and is now looking forward to being involved in the ministry of Black Rock year round. Having experienced the positive impact that camp ministry has on campers of all ages, Tracy is excited to be a part of improving and expanding on the camper experience.